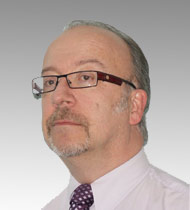 Luc began his career in Executive search with the creation of 3Star Consulting in 2010. His idea was to bring his many years’ experience of the Russian market, business and people management to Western companies developing business in Russia. Several experienced Research Consultants complement the team in Moscow.

After a first phase in his career in France, his country of origin, working for companies like Philips and France Telecom, he moved to Russia with Digital Equipment in 1992. He managed several western companies in Moscow, like Sony Professional, 3Com and EMC. In addition to his work with the Beaumont Group he has for the past four years been Vice President of one of the top IT/Telecom/Consumer Electronics Distributors in Russia.